When the Republic of China was founded, because the currency system had not yet been established, except for the silver coins of Dahan in Sichuan and Zhonghua Yuanbao in Fujian, most of the major mints still used the steel mould of the former Qing Dynasty to cast silver coins for circulation. Due to the confusion of the currency system, Chen Jintao, the finance minister of the interim government, submitted a letter to Sun Yat-sen, the president of the Republic of China, on March 11, the first year of the Republic of China, calling for 10 million yuan of commemorative silver coins for rectification. The design adopts the portrait of Sun Yat-sen, the great president, and later the general silver coin changes the pattern. Sun Yat-sen ordered the Ministry of finance to write, agreed to drum cast commemorative coins, and ordered the rest of the general silver coins to have new patterns, "in the middle, a model of five grains should be drawn, taking the meaning of the rich, the old and the people, and following the rules of urging the farmers to do business", ordered the Ministry of finance to quickly make new patterns, and ordered the mints of all provinces to drum cast according to the patterns. Soon after, the Ministry of Finance issued a new model to Jiangnan (Nanjing), Hubei, Guangdong and other mints, which was the origin of "the founding commemorative coins of Sun Yat Sen of the Republic of China". 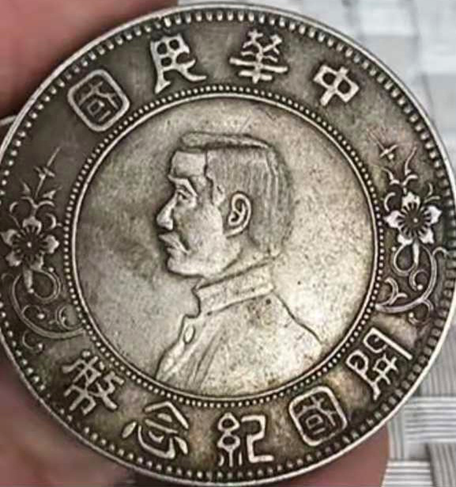 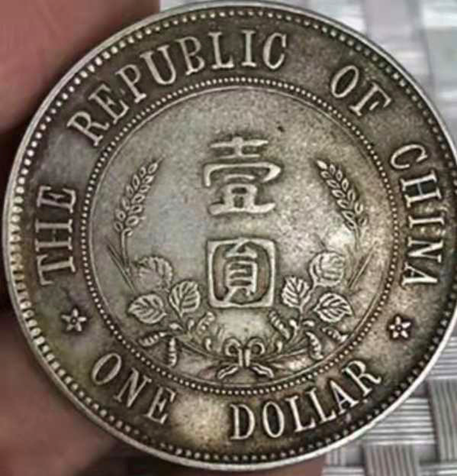 The silver dollar, the commemorative coin of the founding of Sun Xiang in the Republic of China, is not very good at English because of different foundries, different casting times, and the Engravers' English level. Except for the main patterns on the front and back, there are variations in the details of flower decorations and English letters, especially the errors in English letters. This resulted in a variety of types of the coin. There are two kinds of widely handed down: one is pentagram, the other is hexagon. This one yuan commemorative coin of the founding of the Republic of China is in hexagonal star format. In the center of the obverse, Sun Yat-sen's side portrait is engraved. The official script of "the founding of the Republic of China" is engraved on the top and bottom. The character of "people" comes out, which means "Democratic victory". There is a branch of five petaled plum blossom on the left and right, which means "five power constitution". There are beads and teeth around. In the middle of the back, there are two characters of "one circle" in Chinese clerical script, Jiahe pattern on the left and right respectively, each branch has three leaves, representing the meaning of "three people's principles". On the top side of the bead circle, there is "memento" (Commemorative Coin), on the bottom side of the bead circle, there is "birth of Republic of China", and on the top left and right, there are hexagon star patterns. The coin has a large number of mints and a wide circulation. 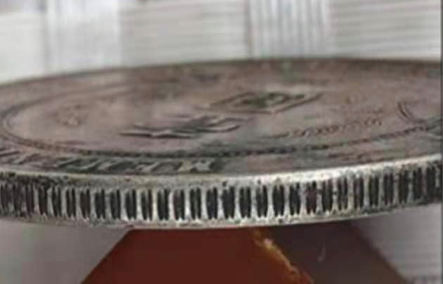 "Founding commemorative coins" are rare, especially those with good taste, so they are very popular with collectors. This coin is well preserved and has obvious circulation traces. Its color is natural. No matter the characters or patterns, they are natural, delicate and appropriate in depth. Sun Yat-sen's head is even more lifelike, silver dollar exudes a king's style and the breath of historical precipitation. It's worth collecting.